The Fountain of the Old Man 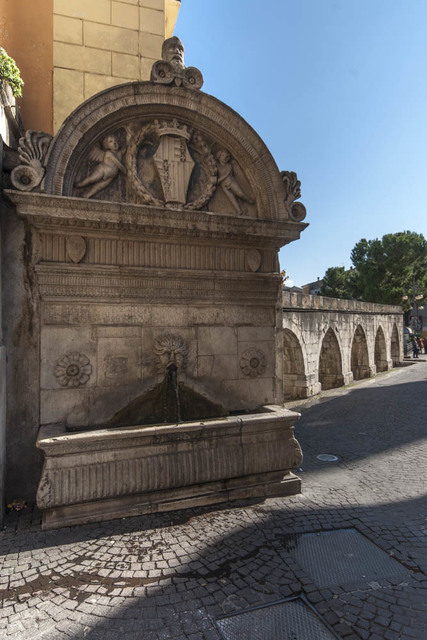 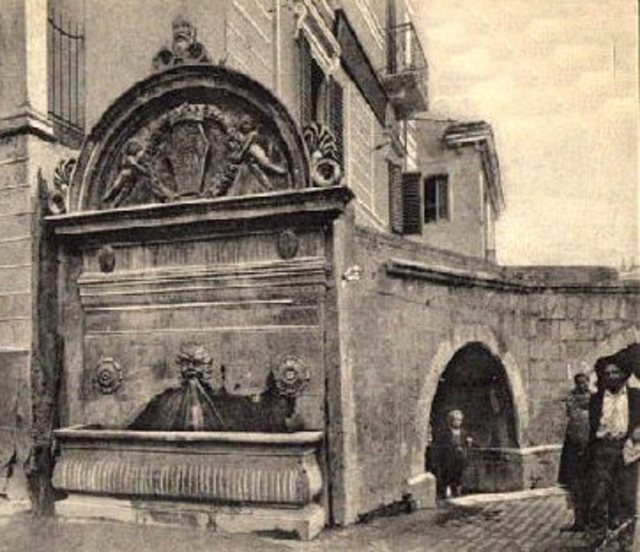 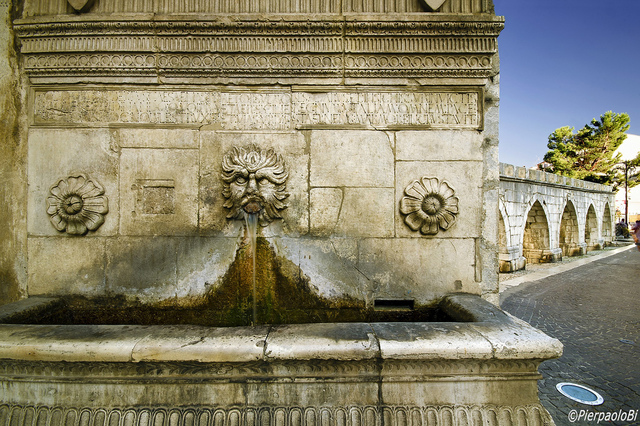 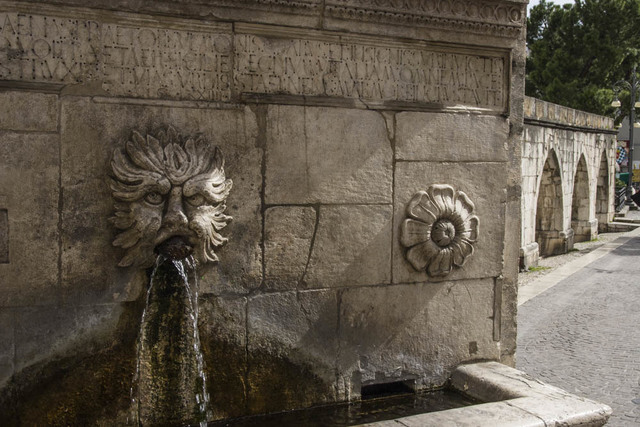 This fountain which collected the waters at the southern entrance of the city, next to the oldest part of the city walls, probably already existed before 1474, when the captain of the city, Polidoro Tiberti from Cesena, ordered its rebuilding in the new Renaissance style.


The same Tiberti oversaw the construction of major public works and urban resettlement, such as the renovation of some parts of the walls and some city gates,  and the renovation and paving of all the streets, according to a programme of comprehensive planning.


Although it has been modified in the lower part, where in 1901 the simple,  smooth, quadrangular basin was replaced with the current sarcophagus style and decorative moulding, the fountain still retains the top with the original semicircular entablature and pediment.


It is an example of great artistic quality, and is unique.  It was most likely the work of craftsmen from areas outside of Abruzzo.

The fountain, consisits of a basin which rests against a wall of hewn stone, and is located close to the medieval aqueduct. Water flows from the mouth of a mask with human features, in the middle position, and is flanked by two rosettes which complete the decoration. The epigraph that runs under the entablature bears the name of the captain and the date of construction; on the mouldings above are two coats of arms of the city, bearing the initials SMPE The deep lunette, of clear Renaissance style, shows the Aragonese coat of arms crowned by a garland of flowers and fruit and held up by two angels in flight. At the top of the arch there is a bearded head between two roses joined by a ribbon, on which is inscribed the word "Vecchio", which gives its name to the fountain. We do not know who represents the character depicted. An ancient tradition identifies him with the legendary founder of the city, Solimo (one of the companions of Aeneas), however according to the interpretation of some scholars he might be the heraldic representation of the family ‘de Vecchi (s)’, confirmed at about that time in Sulmona as the owners of an ancient building, which no longer exists, previously located near the fountain.