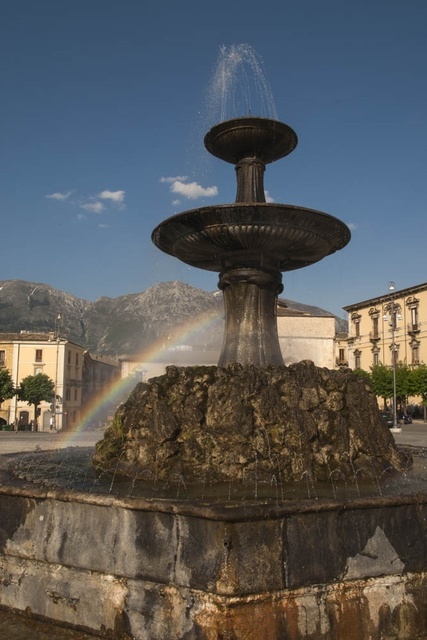 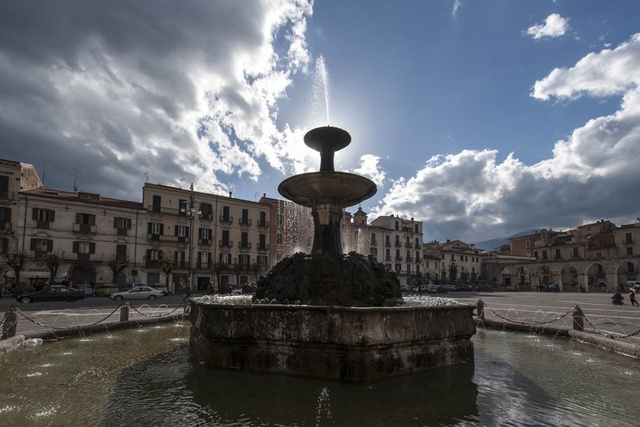 Around the middle of the 17th century it was decided to contruct a large fountain in the centre of the piazza which would be useful for cooling traders on market days.  The contract was given to workers from Pescocostanzo however for unknown reasons work wasn’t even started.


Finally in 1821 the City Council decided to complete the work.  Again the task was entrusted to another man from Pescocostanzo called Master Felice di Cicco. It was decided to encorporate the old ‘staffo’ stone from the piazza which was used for displaying fish for sale.  Occasionally it was also used as the stone of shame, where debtors were forced to undress publicly and display "a certain part of their body”.


Despite various delays and problems, the citizens were not disappointed and the fountain was finally completed towards the end of 1823.  Subsequently it underwent partial modifications, until the final intervention of 1933, when the three 19th century steps were replaced by the octagonal outer basin.

The fountain sits on top of an octagonal pool with a diameter of 3.20 m. In the centre there is a tufa rock that supports the trunk of a column decorated with a motif of large leaves ending in little stalks. On the stem of the latter rests a large bowl, surmounted in turn by another smaller bowl, also supported by the column. The whole structure was originally set on a base of three sloping steps. In 1933, during the re-paving of the piazza, a second octagonal basin was constructed to contain the old one. The water gushing from both basins into the octagonal pool, especially at night when it’s lit, has a wonderfully dramtaic effect.