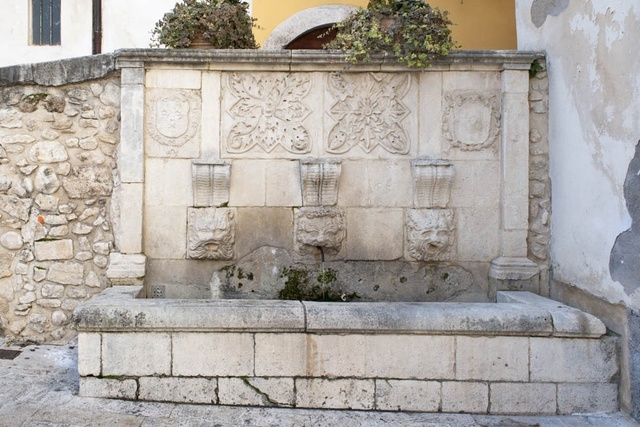 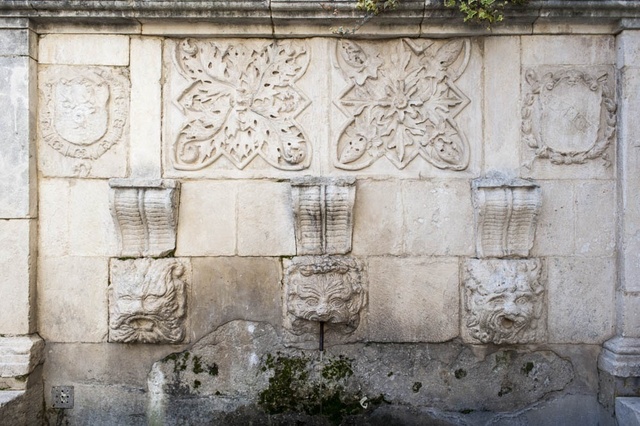 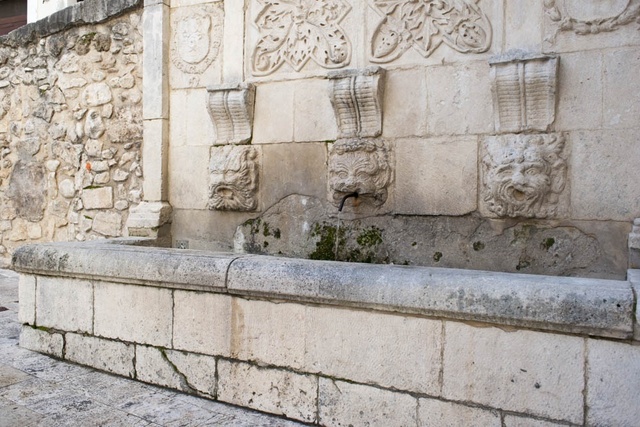 This fountain is situated in Via Probo Mariano, in the corner of the small square of St. Agata at the side of the demolished church of the same name, and is at the location of the ancient spring.


It was probably built in the early 16th century and was later restored (between 1585 and 1587) by the Lombard masters Francesco del Vita, Giovanni della Trabaia and Battista Tarone, who added older sculptural elements including the emblem of the House of Lannoy, who were princes of Sulmona between 1527 and 1604.

The fountain of Sant’Agata is made of stone and consists of a rectangular-shaped basin of regular ashlars with the upper edge jutting out. The vertical walls are horizontally crowned with two external pilasters on plinths. The back wall of the fountain is divided into 4 sections and features three big masks with animal heads, Above them are three ledges from which branch off orders of variable thickness which echo the side columns and frames, In the middle are two quatrefoil frames within which are carved, with a thread-like incision technique, decorative plant motifs and, on the left and right respectively, the emblems of the House of Lannoy and that of the City of Sulmona. The Lannoy emblemis an ancient gothic shield and three crowned lions, encircled by the Golden Fleece. This prestigious honour was granted by Emperor Charles V first to Charles of Lannoy and then later, to his son Philip and to his grandsons Charles II and Horatio.